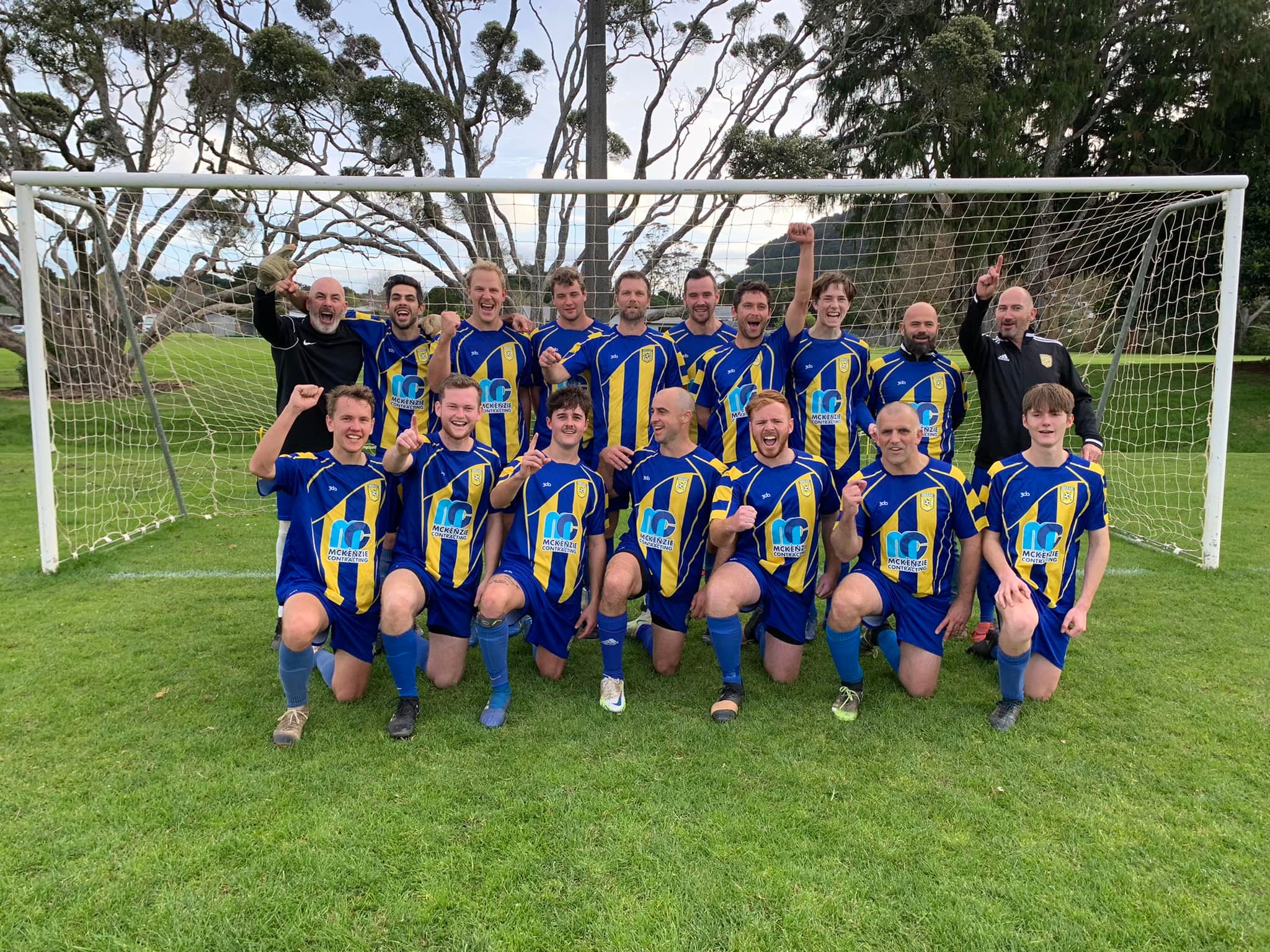 It was a climactic weekend in the twilight phase of the 2022 season, with two titles decided this weekend! Read on to see how all the excitement played out:

Our women kicked off the weekend with a rare Friday night encounter against a talented young Bream Bay side, with a win essential to keep their title chances alive.

Onerahi came out strongly, leading at half time courtesy of a 3rd minute strike from Curry, and another from Millie inside half an hour.

The second spell was extended by a number of injury stoppages, with Bream Bay also pulling a goal back on the hour mark to create some nerves. Millie however scored from a nice volley to seal the win 5 minutes later.

It was another brave performance from the team - having been hit by injury and illness the past few weeks - with a number of the girls picking up knocks, but battling hard to get the points.

Young Jess Dawson was again brilliant and named Player of the Match, with Nat Dey also having a strong game in midfield.

The team now enjoy a break before their final match, against Kerikeri in a fortnight.

With Kerikeri (3rd) facing double-point encounters against Onerahi (2nd) then Madhatters (1st) to round out the season, an exciting conclusion lies ahead!

Onerahi travelled to Kerikeri looking for an improved performance after a flat couple of games ; knowing a win could even wrap up the league, if results fell their way!

It was a positive start from the visitors, with their more fluent passing game returning, and the key moment arrived just five minutes in when Mike de Vetter played a ball in behind the defensive line, where Scott Still evaded the offside trap to place himself 1 on 1 with the keeper, and would not be denied from there.

In a tight call shortly after, a goalmouth scramble saw the ball extremely close to crossing the Kerikeri line once again ; but with goal-line technology not quite in the budget, the call went the way of the home side.

From there, Kerikeri knuckled down and were resolute in holding the visitors out until the break ; while the second half saw more of the same, with Kerikeri much more organised than in previous encounters.

While unable to add to their own score, keeper Dan Draisey was never seriously threatened in the Onerahi goal ; having still not conceded against Kerikeri in 3 encounters this year. And despite the same 1-0 scoreline, the result felt altogether more comfortable than last week’s thoroughly nerve-wracking Stafford Choat encounter!

Player of the Match went to Aaron Gravatt for a high energy display, despite suffering a blood nose after being struck by a ball in the warm-up!

Some time later, with players either on the road, watching the Div 1 game in Kerikeri, or possibly enjoying a quiet celebration at a particular tavern.. news filtered through that rivals FC had been defeated by Madhatters! And - just like that - the league title was secured ; by way of an insurmountable 8 point lead with two rounds remaining!!

Congratulations lads, it’s been a long time since a non-premier Onerahi side won a title, and after coming so agonisingly close in both 2019 and 2020, it’s a victory thoroughly deserved!

Next week is just as big however, with the team suiting up for Finals Day of the Stafford Choat, representing Onerahi in the Bowl final against Mangawhai.

With kick-off at 1.00pm, the team would love to see a big crowd of blue and yellow at Trigg Stadium to cheer them on!

In their final match for 2022, Onerahi faced league strugglers Kamo for the second week running, keen to back up their dominant display last week.

At the same time, Kerikeri were playing a crucial home encounter against Madhatters, on the very pitch our Div 3 side secured their title just moments earlier!

Assuming an Onerahi win today, Kerikeri would need victory in all three of their remaining games ; but with the others being against Kamo, today’s encounter shaped as the key match-up in determining the fate of both teams!

Onerahi flew out the blocks with goals to Dan Hanmore and Caleb Reid inside 15 minutes. Kamo were working hard however, and pulled one back on the 30 minute mark. With 5 to go, Harley Freeman settled Onerahi by scoring from a corner ; 3-1 up at the break.

Meanwhile, celebrations had begun in Kerikeri with a goal to big Timo Obrez ; but they quickly turned to frustration with the assistant raising an offside flag, in what looked a very tight call. With Hatters fighting hard, and no score at the break, tensions were rising in the North.

Back in Kamo, the half-time message was to move the ball and finish your chances! The lads clearly got the message, roaring out of the sheds once more, with a Kamo own goal and strikes from both Dan and Mitch Hanmore all within 6 minutes ; then Dan going on to secure his hat-trick on the hour mark, effectively ending the contest.

Returning to Kerikeri, and in an incredible turn of events, Caleb Williamson scored twice in 2 minutes for Hatters, to leave the locals title campaign in tatters with 20 to play. A desperate Kerikeri threw players forward, and there was even some push and shove as tensions began to boil over!

While the drama unfolded up North, Onerahi continued piling on goals against a tiring Kamo, with a second to Caleb, and a late brace to Player of the Match Jake Boom completing a 10-2 rout.

Confirmation of Kerikeri’s 0-3 defeat then came through, securing the Division 1 title for Onerahi, and sparking wild celebrations in the dressing room!

Congratulations lads, with just a single defeat and a superior goal difference this year, thoroughly deserving Division 1 Champions for 2022!

So there it is - a fantastic weekend for the club with two senior titles secured!

As noted above, next weekend is all about the Stafford Choat, so please get along to Trigg and cheer on the Div 3 lads if you can! Have a great week!