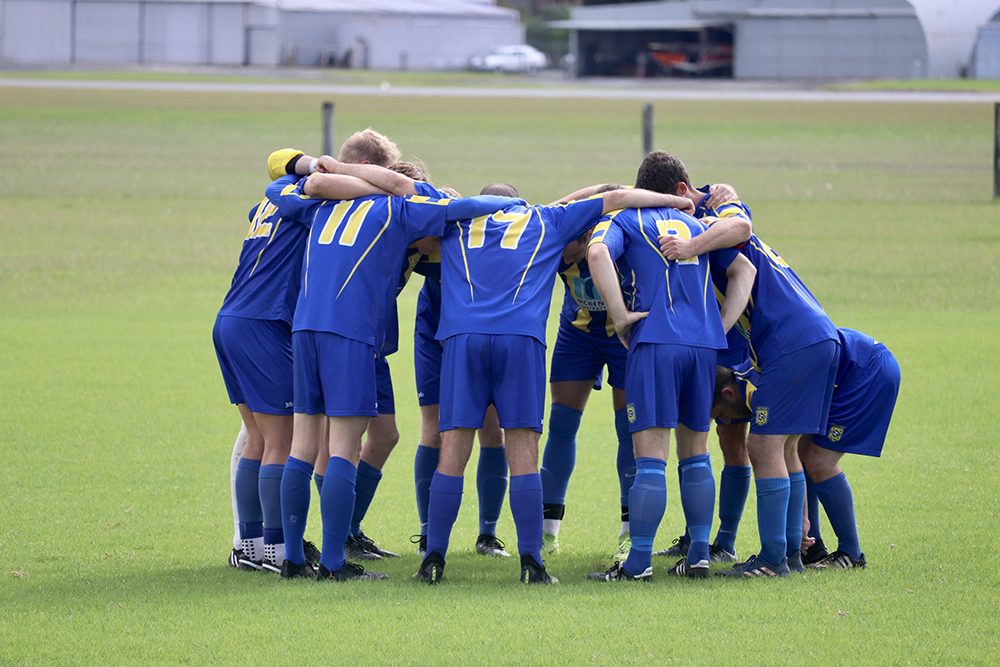 Another big weekend for Onerahi, with all sides involved in home fixtures crucial to their respective campaigns!

Onerahi met Bream Bay at home, with both teams fighting hard in a three-way battle with Kerikeri for the league title.

Onerahi started well creating chances in the opening moments, but it was Bream Bay that would score early, latching on to a loose ball in the box just 3 minutes in.

Onerahi continued to press and the pressure paid off 20 minutes later, the equaliser arriving via Dan Hanmore.

It was a real battle for the rest of the half, and both teams went into the sheds with everything to play for.

The physicality continued into the second, reflecting the importance of the game and the passion shown by both teams.

Onerahi took a lead 5 minutes into the second spell thanks to a cool finish from Jake Boom. Bream Bay pressured the Onerahi goal in search of an equaliser ; but it was Player of the Match Scott Burgess, with a header from a well-rehearsed set play, who would stand up to seal the game in the 62nd minute.

An important result, which moves Onerahi to the top for now - a single point ahead of Kerikeri, whose own game this weekend was postponed.

Onerahi continued their title push against the only side to defeat them in the league this year. It was a crucial game for the visitors as well, knowing a win would bring them within 2 points of the home side.

Madhatters started strongly, having the better of early territory and possession. Onerahi were still able to create a number of early chances, with Mike De Vetter in particular creating problems with some pinpoint through-balls.

It was Hatters who opened the scoring however, poking home a loose ball in the box that the Onerahi defence failed to deal with.

Despite losing De Vetter to injury, Onerahi rallied and soon equalised when a persistent run from Peter Walker was eventually blocked ; with the loose ball falling to Adam Willets, who showed calmness and a slick finish to roll the ball into the back of the net from close range. All square at 1-1 ; and anyone’s game at the half!

Onerahi delved into their deep bench in the second, and despite plenty of Hatters pressure, the defence held firm while Onerahi upped their energy and were a constant menace on the counter.

Pete Walker was soon put through on goal following some lovely interplay with Jake Moselen on half-way, and he buried the finish for 2-1.

Pete was involved again in the final goal, racing to the line to keep the ball in play, before producing a near-post ball to Adam who cut it back for Fin Aitken-Buck, who effortlessly chipped the keeper to seal the victory.

Fin earned a second straight player of the match, with special mention to Pete Walker who was the catalyst for much of Onerahi’s attack.

It was another top of the table encounter on Sunday. The visitors arrived in imposing form, with their only dropped points this year being the 4-4 thriller in the previous match up between the same sides.

Onerahi roared out of the gates in the dreary conditions, with Nat scoring a screamer in the opening minutes (unfortunately her family were late arriving so missed the moment!)

The home side continued to come at the visitors, and Curry drove home the advantage with two clinical strikes to give Onerahi a deserved 3-0 lead at halftime.

The second was less of a spectacle as the field conditions deteriorated in the wet, however both sides showed control and composure in a more evenly contested half, but the defence held firm before Storm finished following a strong attack down the right flank to take the game out of reach of the opposition.

Stand out players were Danny at centre back throwing herself into everything, Alana strong in goal, Millie a rock in the midfield, and Curry again having a great game up front.

Joy was player of the day however, in what was a dominant team performance from front to back. The clean sheet was especially impressive, against a team averaging 7 per game!

The result sees Onerahi pull level and put the pressure back on Hatters, although the visitors do maintain a game in hand.